Yes! This is one of the many things that make a chiminea preferable to a firepit – because the fire in a chiminea sits cosily in the fire bowl, it’s essentially protected on 3 sides. This makes it possible to use a chiminea even when it’s windy.

How to position your chiminea when it’s windy

Face the back of your chiminea towards the general wind direction.

Turning the mouth of your chiminea away from the wind will protect your fire to allow it to burn at a normal pace. It will also give you a chance to light it and get it going without it being blown out. They have some great tips about lighting a fire in the wind over at Cutting Edge Firewood.

Other Considerations when it’s windy

Think about where your smoke is going to go when it’s really windy.

If you’re in a densely populated area it might be best to leave the fire for another day… unless you’re confident in having super dry wood with minimum smoke.

When it’s windy smoke can travel a lot further but also more directly AT your neighbours, at their clean washing, or directly at their garden gathering.

This is a quick way to alienate those around you so just have a think and invite your neighbors over! A toasted marshmallow or 3 with a cold beer should help keep everyone in good spirits.

Yep, it’s definitely one of the main cons of fire pits when it’s windy as that’s when everyone is likely to get a face full of smoke at some point and can make sitting anywhere near the fire just unbearable.

A chiminea has a chimney that carries the smoke upwards and away from the fire and any people in close proximity.

When NOT to Use Your Chiminea When It’s Windy

There are of course exceptions to the rule and using your common sense is important.

In the UK we don’t often have to worry about drought or bushfires but if it hasn’t rained for a couple of weeks and it’s really windy, don’t light any sort of fire.

Stray embers or sparks are more unlikely in chimineas than in firepits but they are still a possibility. Particularly when they can be blown a significant distance by high winds and burning debris, sparks or flying embers can potentially ignite dry brush or even buildings.

Another exception would be a chiminea that has a 360 fire bowl opening. You’ll find these types of chimineas virtually impossible to light and keep going when it’s really windy. 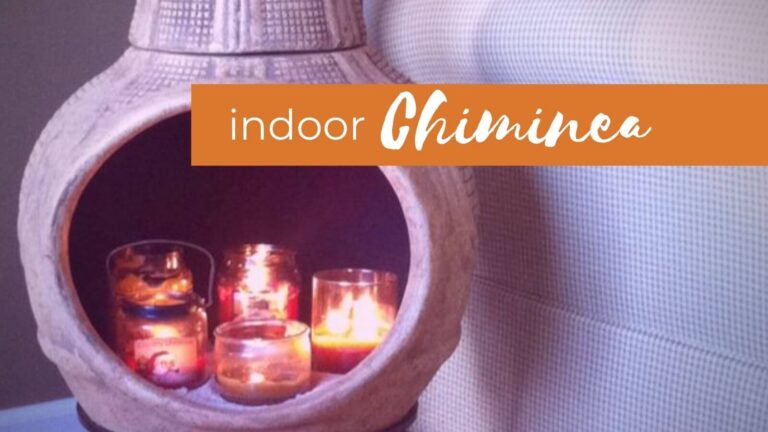